Agoriani is a mountainous village at the north-west side of Parnassus. The village is built at an altitude of 900 meters on top of seven hills, from which it takes its current name, Eptalofos.

Eptalofos is located 22 km from Arachova, 18 km. from Parnassus Ski Center and 198 km from Athens.
The village is drowned in greenery, surrounded by plane trees, cherries, elms, age-old fir trees as well as many springs and waterfalls with crystal clear waters, stone cobbled streets that make up a unique scenery of rare beauty.

Agoriani is an ideal destination for fresh air and relaxation as well as for excursions to Parnassus and the surrounding area.
According to mythology, the Fairies and the Muses danced in this village for the sake of God Apollo.

Agoriani or Eptalofos has a great history besides natural wealth. The village was a refuge of the Byzantine Emperors of Komnenos, but also the homeland of the chieftains and fighters of 1821, Theodoros, Komna and Stamati Traka.

Agoriani has a very good climate, with cool summer and heavy winter with many snowfalls. The village is suitable for those who love tranquility and winter sports.

In addition to the rare natural beauty of Agoriani, it has a very interesting fauna. In the village, man cohabits in great harmony with the bark, the partridge and the eagle. It is a rapidly growing winter destination as it combines panoramic views of Kallidromos and the plain of Lilaia while at the same time it is a breath away from the Parnassus ski center and just 2 hours from Athens.

The village is suitable for alternative tourism activities such as skiing, hiking, mountaineering, mountain biking etc.
In Agoriani or Eptalofos you will find beautiful guesthouses, hotels, rooms to rent for a pleasant and relaxing stay, as well as taverns and restaurants to enjoy the delicious food cooked with traditional recipes and local ingredients.

Enjoy delicious specialties and delicacies such as the delicious kontotsouvli and the kokoretsi from the traditional sheeps of Parnassus, at the taverns and restaurants of the area. The local cuisine is particularly rich and will satisfy even the most demanding.

Agoriani is known for its traditional products such as beans that have received the silver medal at the International Fair of Thessaloniki, tomatoes, excellent honey, tea, cherries, walnuts, “firikia” apples and the famous cheese products.

Parnassus is a popular mountain destination with a large number of hotels, hostels, rooms to let that include a fireplace, as well as restaurants, cafes and bars that offer high quality services to the visitor. The hotels and hostels that you will see in Parnassus are of various categories and can satisfy a wide variety of preferences and needs of their guests with great success.

Parnassos is a mountain with alpine dynamism and ancient history. Geographically it belongs to the prefectures of Boeotia, Fthiotida and Fokida.

Since the prehistoric years it has an energy that will magnetize you. In this mountain lived the gods, nymphs, prophets and common mortals.

Its highest peak is Liakoura 2457 meters. Likoreia is an ancient town on the tops of Parnassus. Back then, the ark of Deucalion and Pyrras, who gave birth to the Greek, the birth father of the Hellenes, was in Liakoura. The name Parnassus is pre-Hellenistic and brings us to the depths of time, before 2000 BC.

Its rare natural environment, the dense vegetation on its slopes and the paths in the fir forest of Parnassus create a magnificent landscape that will charm you during all seasons of the year.

The western side of the mountain is overgrown, while easternmost one will find its high and steep sides. To the west, it is separated from Giona via the road Lamia-Gravia-Amfissa, to the east it is crossed by the old national road Bralos, to the south it is bounded by the road Livadia-Arachova-Delphi and finally from the North it is connected to the Arachova-Eptalofos-Lilaia road.

Parnassus is a pole of attraction for thousands of visitors every year, since its Ski Centers are some of the most well organized of their type, they offer high-quality services and possess glamor that is known worldwide.

The center was established in 1976 – 1977 and since then it has literally changed the economic and social life of the surrounding area. Arachova , Delphi, Agoriani, Polydrosos, Itea and in generall all the areas that are in close proximity to the mountain of Parnassus have gained great economic value.

The Parnassus Ski Center, is located on the northern side of Parnassus. It comprises of two sub-sites, Fterolakka and Kelaria, which are connected by road and by cable car.

On the southern slopes of the mountain is Gerontovrachos, which, chronologically, is the first organized center of Parnassus. It began its operation in 1976, and it was a private initiative that paved the way for the main ski center that was to be created by EOT, and ultimately transform Parnassus and the surrounding area into the main winter destination of the Athenians.

The snow starts falling in the first ten days of December, when the center opens.  The center stays in operation until April 30th. It snows during December, January and February with south-west or north-west winds, while in March and April the winds come from the north-east. The Parnassus Ski Resorts are connected by a dense network of roads that are constantly being cleared from the snow in order to ensure safe access to thousands of skiers and visitors.

There are also many mountain trails scattered all over the mountain, and the western side of the mountain is crossed by the European long-distance trail, known as the E4.

In addition to skiing in the mountain of Parnassus, you can take strolls in the fir forest, or take part in mountaineering, hiking, cycling and other interesting activities that will keep you alert.

The National Forest, that was founded in 1938, is reknown in Parnassusand and one of the oldest in Greece along with that of Olympus. It is located at the borders of the prefectures of Boeotia and Fokida and occupies about 36.000 acres.

In Parnassus there are lodgings, stone guesthouses that will make your stay unforgettable, as well as taverns where you can taste the traditional kontosouvli and kokoretsi from the traditional sheeps of Parnassus, along with the fresh air that comes from the fir forest.

The scenery that Parnassus offers is unique. Standing on its hills you can see the contrast, the utilization of some areas of the mountain and the wild untouched beauty of others. The view of the mountain to the west towards the Corinthian, the Krisaian field and the Giona mountain range is admirable. 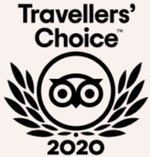